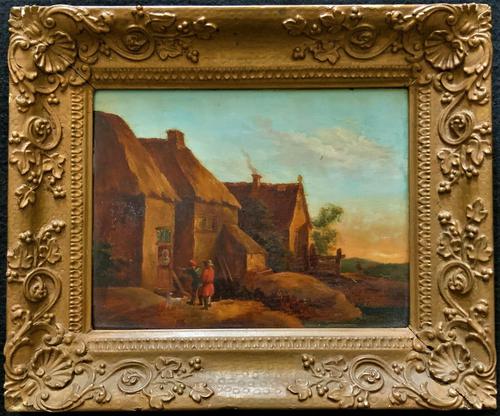 About Us:- Artsonline.org.uk is a family run business with over 30 years of combined industry experience, so customer satisfaction is paramount to us! Why choose artsonline.org.uk? Artsonline.org.uk is proud to be one of the very few companies that offer a genuine 30-day-money-back refund policy. (minus the return cost of postage) We stock a wonderfully eclectic mix of over 300 pieces at any one time, dating from the 16th Century, right through until our very latest and contemporary, 21st Century art. Delivery:- Artsonline.org.uk ships worldwide, using only fully insured, priority, and tracked delivery services. Great care and much time are taken over the safe transportation of the Fine Art & Antique pieces which we sell. We pack extremely carefully, so you can rest assured that your piece will arrive with you in perfect condition. For larger paintings, antique furniture pieces and fragile items which cannot be sent via the normal postal services, we use door-to-door delivery providers, who will deliver your piece in a timely manner, within approx. 7-14 working days. Returns Policy:- Artsonline.org.uk provides a genuine no-quibble 30-day money-back refund policy (excluding the cost of Postage & Packaging). If on an extremely rare occasion a piece should arrive damaged, artsonline.org.uk will refund the entire purchase price, together with any return shipping cost.| Payment:- We are able to accept payment via all Major Credit | Debit Cards | Bank Transfer (BACS) | PayPal | Square |Telephone 01749 595 507 Outside of the UK? Telephone + 44 (0)1749 595 507

REF: LA394715
£585
€681
$707
Secure Payments By
Certified DealerApproved listing524 sales by dealerFree Delivery
Certified DealerApproved listing524 sales by dealerFree Delivery
Description
This is a lovely early 19th Century Oil on Panel Painting depicting a small cottage with figures talking through an open window and a lone figure taking his dog for a stroll in the distance. In the Manner of ''David Teniers The Younger'' (Flemish - 1610-1690). David Teniers was the most famous 17th-century painter of peasant life. He enjoyed international popularity in his own lifetime and during the 18th century, especially in France. Teniers's success was marked by the acquisition of a country house in 1662 and by the grant in 1680 of a patent of nobility. His work was imitated by many followers, including his son, David Teniers Iii. Teniers was born in Antwerp and probably trained by his father, David Teniers the Elder. The work of Brouwer was an important influence. Teniers produced a more refined version of Brouwer's peasant scenes, and later created scenes of fashionable life. His work was also influenced by his father-in-law In 1632-3 Teniers became a master in the Guild of Saint Luke in Antwerp. By 1649 he was probably already working for the King of Spain, as well as for Prince William of Orange and the Governor of the Netherlands, Archduke Leopold William. In 1651 Teniers moved to Brussels where Archduke Leopold became his main employer. Archduke had assembled a famous collection of paintings, which became the nucleus of the Kunsthistorisches Museum in Vienna. Teniers' picture gallery paintings were based on this collection. Provenance: Sotheby's, London, 1st February 1956. It is beautifully executed and it is a wonderfully atmospheric scene. Mounted within the original & impressive 19th Century gilt moulded frame with attached label verso which reads: ''Village with Pheasants outside a cottage door, by Teniers, Sotheby. London sale 1st Feb. 1956'' Attributes: Oil on panel Painting Circa: 1830-1840

Artsonline.org.uk has clarified that the 19th Century Flemish Oil On Panel Painting With Sotheby's Provenance (LA394715) is genuinely of the period declared with the date/period of manufacture being 1830-1840

Offered in an overall very good original condition and ready to be enjoyed immediately. 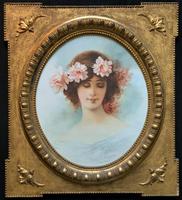 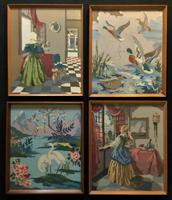 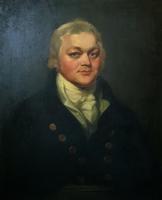 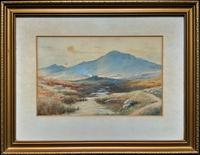 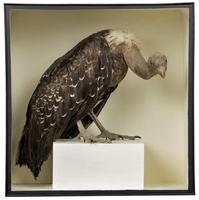