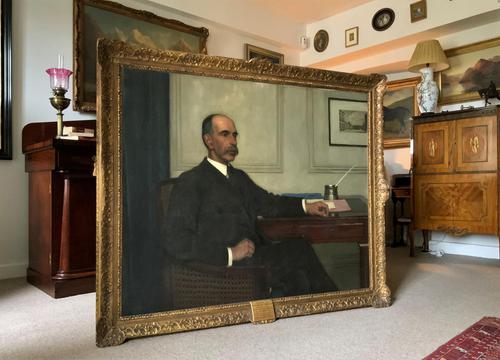 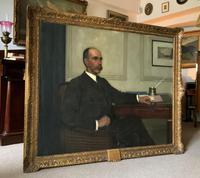 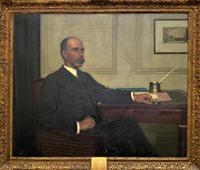 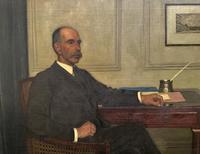 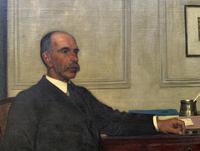 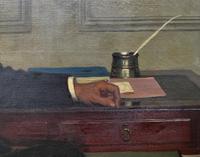 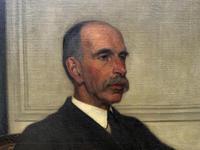 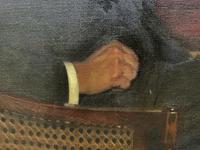 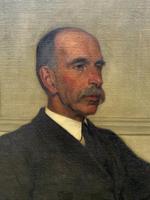 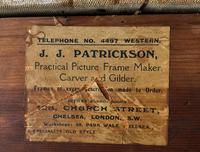 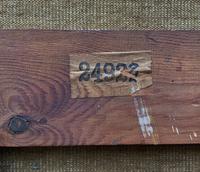 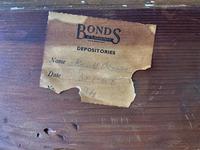 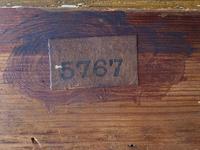 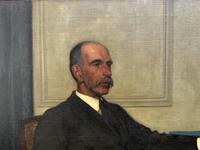 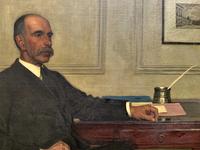 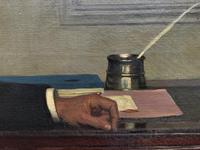 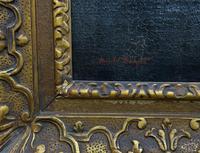 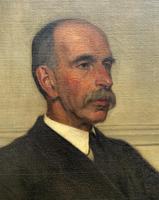 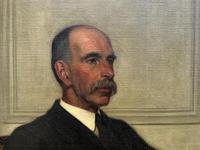 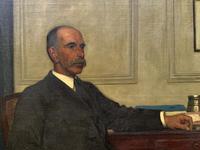 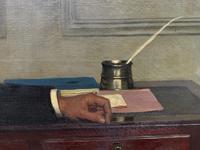 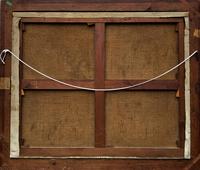 REF: LA380462
£18750
€22545
$25577
Secure Payments By
+44 7784 085135
Secure Payments By
Certified DealerApproved listing50 sales by dealer
Description
On offer is a very unique opportunity to own a substantial and outstanding Original Oil on Canvas Portrait Painting by one of Britain's most prominent & celebrated Royal Academy listed artists of the 19th and 20th Century: 'Harold Knight' Ra (1874-1961), Husband to 'Dame Laura Knight' (1877-1970). The exceptionally rare piece has spent all of its life within a private collection and it portrays 'Sir Edmund Nott-Bower' K.C.B, Chairman of The Board Of Inland Revenue between 1914-1918. As detailed within the original giltwood presentation plaque, the painting was commissioned by other members of the Board of Inland Revenue to celebrate Sir Edmund Nott-Bower's retirement from Public Service. The presentation Plaque reads: ''Presented to Sir Edmund Nott-Bower K.C.B, Chairman Of The Board Of Inland Revenue. By his Colleagues In The Inland Revenue On His Retirement From The Public Service''. The substantial image depicts the Chairman seated in his Regency Mahogany Bergere Armchair, with his hand resting on the desk, with a large book, Inkwell, and a Feathered Quill Pen resting close beside him. On the panelled wall behind is a framed Architectural Watercolour Painting depicting a large historical building, thought possibly to be that of the Bank Of England in Threadneedle Street, London. The very clever technique of painting a painting within a painting was one of Harold Knight's favoured signature styles. This is possibly one of the artist's largest known works! We believe all other known works of similar scale and quality are currently housed in national and famous Museums around the world. Indeed, the artist is listed at auction to £458.000, with other similar works selling anywhere between 30-50k A very unique opportunity and a magnificent guaranteed-Investment piece. Harold Knight Biography: Painter of sensitive portraits, especially of women, and interiors, born in Nottingham. In the mid-1890s he studied at the local School of Art; also studied in Paris at Académie Julian, his teachers including Jean-Paul Laurens and Benjamin Constant. Knight married Laura Johnson – later to become Dame Laura Knight – the painter, in 1903, having known her in Nottingham and in Staithes, Yorkshire, where he painted on his return from France. With her he studied the Dutch masters in the Netherlands, then from 1908 they lived for a decade in Newlyn, Cornwall, eventually settling in London. Knight was a steady exhibitor at Ra from 1896, being elected Ra in 1937. Also showed Leicester Galleries, Is and elsewhere. His reticent work and personality were overshadowed by Laura’s ebullient, more colourful nature and painting, but his pictures’ real qualities have been more appreciated in recent years. Attributes: Oil on Canvas Signed: 'Harold Knight' Circa: 1915-1920 Attached verso: An old London Frame Gallery label, a Safe Depository label, and 2 numbered labels (possibly Exhibition labels?). ^^ Fast & Free Uk Delivery Included^^ *A Certificate Of Authenticity (Coa) will be provided by artsonline with this piece*

Artsonline.org.uk has clarified that the Harold Knight RA (1874-1961) Portrait Oil Painting Of Sir Edward Nott-Bower KCB (LA380462) is genuinely of the period declared with the date/period of manufacture being 1915-1920

Offered in an overall very good original condition commensurate with age. The frame has a small section of moulding missing from the left-hand side ((see images) and the painting has had 2 or 3 very minor repairs through time, but certainly nothing in which detracts and all adding to the period charm, character, and authenticity. 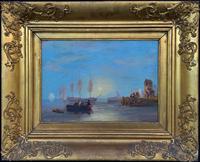 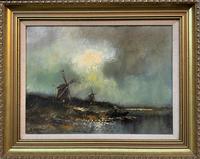