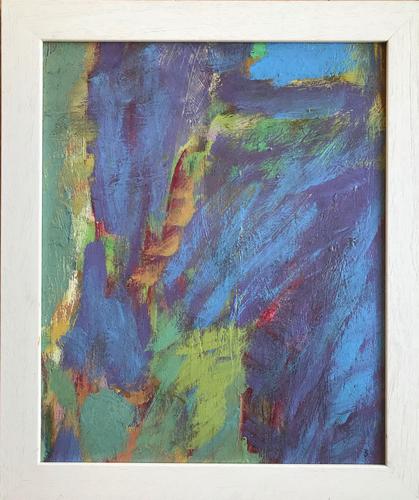 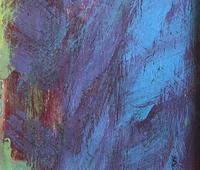 REF: 2804 / LA376367
£300
€352
$398
Secure Payments By
07748631022
Description
This oil on board was painted after a holiday to the island of Santorini. It was part of a series that Frank produced of the landscape and sea some of which were on a very large scale. He was captivated, like so many people by the brilliance of the light on the sea and buildings. I held an exhibition of his paintings in my Gallery in Bungay, Suffolk in 2003. His work was always collected and critically acclaimed and this has increased since in the last few years. Frank Beanland (1936-2019) was born in 1936, Bridlington, Yorkshire, he initially attended Hull College of Art from and after two years of National Service studied at the Slade School of Fine Art, London, 1959 – 1961. Beanland won a scholarship to continue his studies in Stockholm before returning to live in Cornwall. In 1962 he was invited by a fellow Slade student to join a number of other artists in Porthleven and exhibiting as the ‘Porthleven Group’. His first solo shows were held at the Drian Gallery, London. In 1964 he took up a teaching post at Swansea College of Art. It was at this time that his ‘spot paintings’ began to emerge, his focus moving from texture to light and colour. Guy Brett remarked in The Times, by ‘employing crowded, all-over compositions, Beanland gives his paintings a force more reminiscent of Jackson Pollock than Monet or Renoir’. His spot paintings were first shown at the Grabowski Gallery in 1967, and subsequently he developed a good working relationship with Arthur Tooth & Sons where he exhibited between 1969 and 1974. This work, and others from the period reflect Frank's movement away from the spot paintings of the 1970's to a more pure abstracted image. The work is signed bottom with the initials Fb into the paint Provenance; Purchased Directly from Frank in his Studio

21st Century Gallery has clarified that the Original Oil on Board 'Santorini' by Frank Beanland - Initialled - Framed c.1980 (LA376367) is genuinely of the period declared with the date/period of manufacture being c.1980

This Original Oil on Board 'Santorini' by Frank Beanland - Initialled - Framed c.1980 is located in Hookwood, United Kingdom