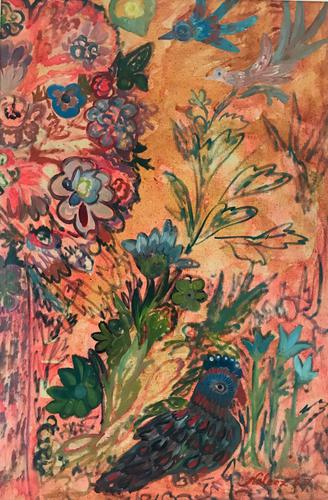 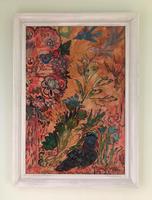 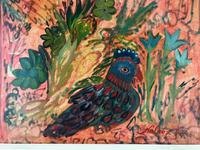 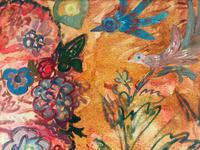 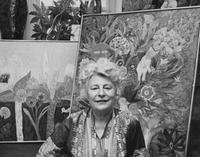 REF: 2784 / LA375243
£1250
€1470
$1660
Secure Payments By
07748631022
Description
Halima Nalecz is a truly important name in the history of post war art in Britain. She was born Halima Maria Krzywicz-Nowohonska in 1914 in Antonowo, near Vilnius, while it was still a part of Poland, and spent the majority of her youth as a political refugee, moving around eastern Europe and the Middle East until she arrived in England in 1947. In 1952 she married Zygmunt Nalecz, who died in 1985. Frustrated at the lack of modern art in the small clutch of Bond Street galleries that monopolised the London scene, in 1956, Halima, with Denis Bowen and Frank Avery Wilson, opened the New Vision gallery in Marble Arch. With a fresh exhibition every fortnight, new artists were given unprecedented exposure. Halima opened her own gallery, the Drian, a year later in Porchester Place, where she encouraged new artists and promoted her own abstract paintings of nature. Her work evolved from abstract to figurative, in a style instantly recognisable and clearly pointing to her east European roots. She painted spontaneously with a natural rhythm, executed rapidly, as though in flight from the real world. Asked once about her canvases, she declared: "I believe in the medicine of colours." Halima had a strict rule that for every painting of hers sold, she would buy a work by someone else, adding to the Drian's permanent collection. By 1983, this rule meant she could donate a staggering 565 works to Polish national museums, including 80 of her own. Provenance; Purchased directly from the artist Donald Pass.

21st Century Gallery has clarified that the Original Oil on Canvas 'A Tropical Jungle' By Halima Nalecz 1914-2008. Signed and Dated. Framed (LA375243) is genuinely of the period declared with the date/period of manufacture being 1967

The oil painting is in good condition.

This Original Oil on Canvas 'A Tropical Jungle' By Halima Nalecz 1914-2008. Signed and Dated. Framed is located in Hookwood, United Kingdom