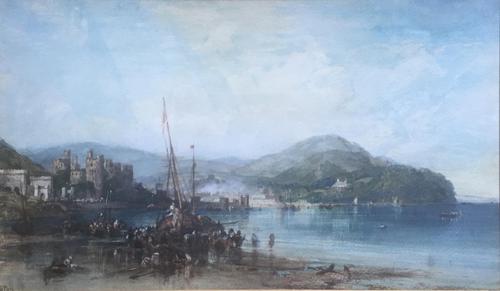 Graham Reed Fine Art
Graham Reed Fine Art
Previously I worked in London as a Chartered Surveyor and have been dealing in paintings for thirty years. I have exhibited at at many major antique fairs and have vetted at them when required. I live in North Yorkshire but trade from Castlegate Antiques, 1/3 Castlegate, Newark, Notts, NG24 1A2 Tel 01636 701877 where my stock can be viewed Monday to Saturday 10am to 5pm. However it is advisable to ring first if wishing to view a specific item in case it is in Yorkshire. If not at Newark it can then be brought to the shop to be viewed at your convenience.... See more
View Dealers Items

REF: KGRWW / LA403120
£4250
€4955
$5215
07547037903
Certified DealerApproved listing101 sales by dealer
Certified DealerApproved listing101 sales by dealer
Description
William Wyld RI 1806-1889 was a landscape and topographical painter, mainly in watercolour, also lithographer. Pupil of Louis Francia. For a time secretary to the British Consul at Calais. Lived mostly in Paris, where he became a close friend of Bonnington. His drawings of Paris, where he became a close friend of Bonningtons. His drawings of Paris are remarkably close to Bonnington in style and subject. Exhibited mainly at NWS. Also RA 1852-1854 and BI. Elected Ari 1849, RI 1879. He painted English and French landscapes and views, and also views in other parts of Europe, especially Venice. He played an important part in the development of watercolour in France. He was awarded two medals at the Salon, and given the Legion d’Honneurin 1855. Unesco considers Conwy to be one of “The finest examples of the late 13th century and early 14th century military architecture in Europe” and it is classed as a World Heritage Site. ‘Conwy Castle, North Wales” signed watercolour. Housed in what is probably the original decorative gilt frame. A fine and good sized example of this important artists work.

Graham Reed Fine Art has clarified that the William Wyld Watercolour ‘Conwy Castle, North Wales’ (LA403120) is genuinely of the period declared with the date/period of manufacture being 19th century

In a good state of condition posssibly with a little time related staining in the sky not detracting from the image.

Delivered to most addresses in the U.K. free of charge; for overseas destinations please ask for a quotation

A selection of items from Graham Reed Fine Art 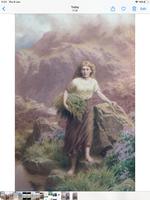 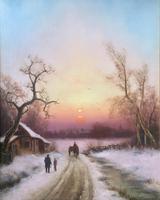 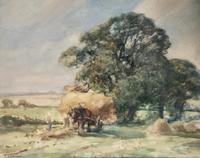