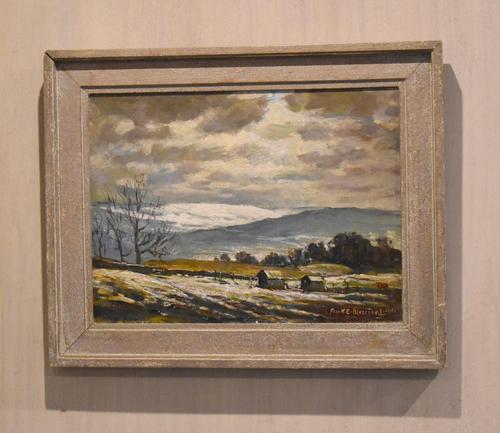 At Prometheus Antiques we want our customers to be completely happy with our items everything is sold with a guarantee and all items are fully and clearly described. We do try to make sure that what you see on the screen is as true a reflection of the actual item in reality as possible. Photos should be clear and without excessive extra light, however if you would like other photos of an item please do get in touch. We can also send video or video chat so that you can get as accurate an idea of the piece that interests you as possible. We do have a private showroom 15 mins drive from Newark where Items can also be viewed by prior appointment. If you are unable to visit us please purchase with the knowledge that we give a money back guarantee if you are not satisfied, we only ask that you pay return transport costs. We are happy to organise deliveries to all destinations. Delivery of some items will be free depending on size, delivery method, and location. Where charges are made for delivery we try to be as cost effective as possible on your behalf. Deliveries can be organised all over the world so please do ask wherever you are. If an item interests you get in touch and we can always talk about various ways and costs that might be involved in getting it to you. Payment can be made by any of the following: Cheque, Bank Transfer, and all major Debit and Credit Cards over the telephone. We do also take Paypal payments. Please do not hesitate to contact us if you have any queries or questions, by email or on either: Mobile 24hr: 07932 624971 Shop: 0194921097 Also please visit our own website for more detailed descriptions and photos of items, www.prometheusantiques.com

REF: LA378216
£450
€531
$546
Secure Payments By
+44 7932 624971
Certified DealerApproved listing410 sales by dealer
Certified DealerApproved listing410 sales by dealer
Description
A fine oil on canvas winter landscape scene by Frank Ernest Beresford 1881-1967. The view shows a farming landscape looking towards hills with a light dusting of snow. The reverse of the painting locates the scene to South Farm Houghton, Heddon on the wall and dates it to March 1951. The reverse also shows the work is numbered and has the artist’s address indicating it was exhibited. The painting has been professionally cleaned and is in good original condition. The silvered frame is the original and is in good untouched country house condition. Frank Ernest Beresford was born in Derby in 1881 and had a long artistic education. He first studied at the Derby School of Art, then St John's Wood Art School, and finally at the Royal Academy Schools. His talent was rewarded with a travel scholarship that took him to Asia. Returning to England from 1906 he exhibited at the Royal Academy as well as other national art galleries. In 1936, Beresford made the only painting of the princes’ keeping vigil with their father's body overnight. It was titled ‘The Princes' Vigil: 12.15am, January 28, 1936’ and it was bought by Queen Mary who gave it to King Edward Viii on his birthday. During World War Ii, Beresford was only the second person to be awarded an Exceptional Service Award from the United States Air Force, which also has some of his paintings on permanent display. Beresford was a war artist for both the American and British air forces. His portraits include those of the Spitfire designer, Reginald Joseph Mitchell. Frank Beresford's works include two kings and a queen, and in the collection in his home county there is a portrait of George Herbert Strutt owned by Belper Town Council and a view of Dovedale in Derby Art Gallery. This painting is a great example of the artist’s later work and has a wonderful mid-century decorative appeal.

Prometheus Antiques has clarified that the Winter Landscape Oil Painting by Frank E. Beresford (LA378216) is genuinely of the period declared with the date/period of manufacture being 1951

A selection of items from Prometheus Antiques

Georgian Oil Painting of a Man with Pipe

Georgian Oil Painting of a Man with Pipe