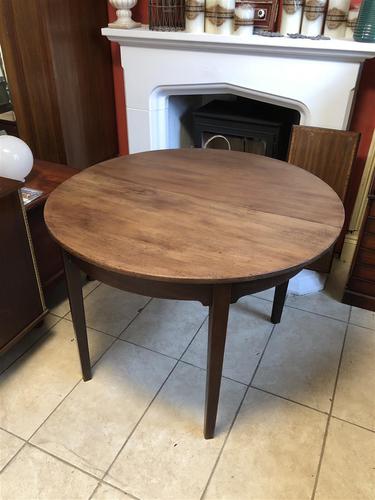 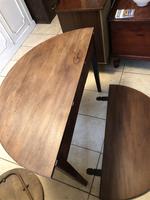 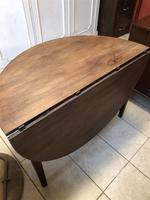 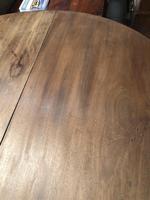 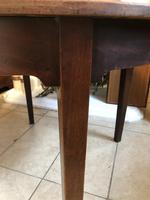 REF: LA372858
£195
€229
$259
+44 7796 790493
Description
Antique Georgian or early Victorian round mahogany drop leaf gate leg dining or side table. Also it's a demi lune console table. I know, it's a bit of everything, but that's because as well as having a drop leaf which is supported by two hinged legs which swing inward to allow the leaf to fall down, there is also a bolting mechanism which, when undone, allows the leaf to be completely removed, thus leaving a semicircular side or hall table. Simple but elegant design, common to that period; unadorned tapering legs and a plain edged top. Condition isn't too bad; the structure is solid enough, as much as gate legs ever are; the joints are sound. Cosmetically there are plenty of signs of age; scuffs, marks and dinks etc but nothing awful. The worst of it is on the top, unsurprisingly, and then mostly on the front, fixed half, which plainly was used a lot more than the folding half. We've stripped the top of its very worn finish but haven't put a new finish on; it doesn't make a good selling point, looks wise, but you might want to varnish it for water resistance, or shellac and/or wax for a more authentic, though frankly useless, finish. Depends what its function will be. We'll happily wax it for no charge.

This piece would be £50 to London and our courier is there most weeks. If you're within about 30 miles from Hastings it may be cheaper; further afield please ask for a quote. Our man gets to most parts of England at least once a month. Scotland is fine but requires another company who tend to charge £85 upwards.

This Antique Round Mahogany Drop Leaf Table is located in Battle, United Kingdom

A selection of items from Barnaby's of Battle

Barnaby's of Battle has 43 items available. 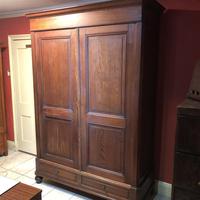 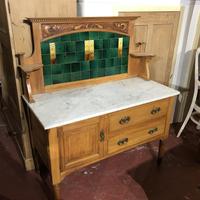 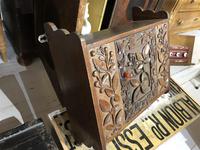 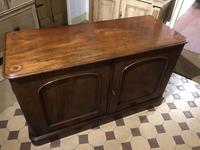 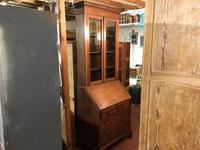 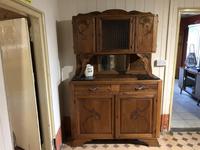