Paolo Venini started his famed studio glass works in Venice during the 1920s and is attributed as one of the artists who helped modernise the Venetian glass style. Initially Venini started out in partnership with an antique dealer named Giacomo Cappellin, but this lasted merely four years before he set up his own workshop. Venini’s look was modern and soft at a time when traditional Venetian glass was ornate and heavy. Venini also showed a willingness to produce designs by talented local artists. Venini glass is still highly collected and at LoveAntiques we have a great selection all offered by trusted and knowledgeable sellers from across the UK. 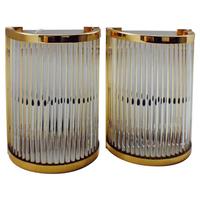