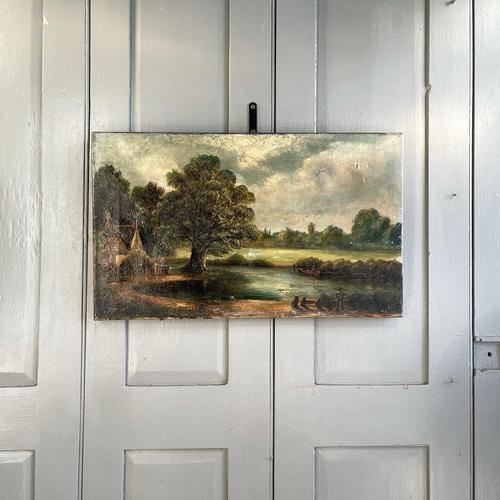 We have always been avid collectors of the unusual and the distinctive. It’s a hobby turned business that inspires me to source the unique items I have to offer. I sell antiques, antique paintings, antique textiles, antique clothing and much more on Etsy and my personal website. I am based in SE London and post worldwide. Please contact me for any further information or for shipping quotes. Tel: 020 7732 6393 Mob: 07769 653082 Email: simonandanthea@ntlworld.com (home) Email: anthea.boyd@virginmedia.com (iphone)

REF: LA352074
£550
€640
$664
Secure Payments By
+44 7769 653082
Certified DealerApproved listing114 sales by dealer
Certified DealerApproved listing114 sales by dealer
Description
Antique English river landscape oil painting after Constable signed R Watts 1843. Signed by the artist on reverse. Oil on canvas. The scene depicted is of Willy Lott's Cottage (now National Trust) instantly recognisable as the scene of the Hay Wain by John Constable. Willy Lott's Cottage is a house in Flatford, East Bergholt, Suffolk, England which appears in several paintings by John Constable, notably The Hay Wain. The property is Grade I listed to reflect its importance "as part of the Flatford Mill group" and "its significance in the work of the artist John Constable". Wikipedia Interestingly enough, John Constable's mother Ann's family name was Watts and the family lived at Flatford Mill so there appears to be a family connection. Size: 20 x 12 inches. Weight: 750g (allow 3.5 kg volumetric weight once packed).

Condition commensurate with age - various superficial marks & scratches with some damage to canvas and a couple of repairs on reverse but all part of its charm and character. Priced accordingly.

Please contact me for a shipping quote as no postage is quoted on the listing. If you would like to buy more than one item, I can, of course, combine postage for you. If you are local, you are welcome to collect or we can deliver locally for a small fee. I send worldwide via courier (fully tracked). See my website for more stock: www.antheasattic.co.uk

A selection of items from Anthea's Attic 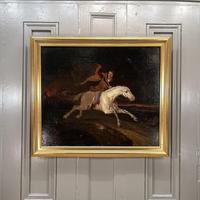 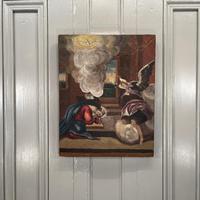 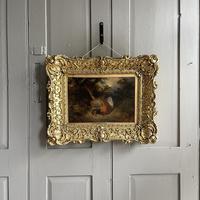 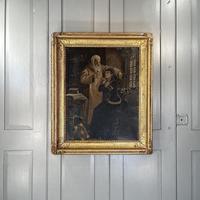 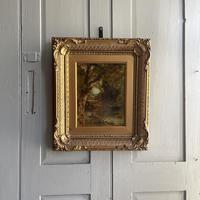 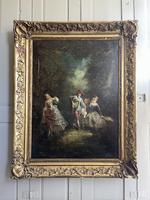