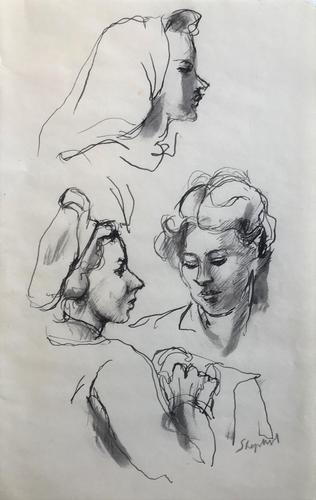 REF: 2808 / LA376956
£35
€41
$42
Secure Payments By
07748631022
Certified DealerApproved listing298 sales by dealer
Certified DealerApproved listing298 sales by dealer
Description
Fine quality pen and ink drawing of portrait heads This work dates to 1944/45 when the artist was living in Hampstead at the time and working in Acton in Napier's aircraft factory. Born in Dundee and educated at Harris Academy, he attended the Dundee School of Art from 1924-1926 and then Glasgow School of Art where, in 1927, he won a travelling scholarship and prizes for portrait and landscape. In 1929 he took the Painting Diploma, winning a post-diploma scholarship, and became Assistant Art Teacher at Glasgow School of Art 1930-1932. A series of portrait commissions brought him down to London in 1933, and he subsequently referred to these years as the most unsatisfactory period of his artistic life. He became a lecturer at Shoreditch Training College from 1937 until he joined the National Fire Service in 1941. In 1943 he was drafted by the Ministry of Labour to Napier’s Aircraft Factory in Acton where he worked as a technical assistant, aero-engine tester and draughtsman, returning to Shoreditch in 1945 to resume his duties. He was appointed Senior Art Lecturer in 1947 and remained at Shoreditch until 1954. Thereafter he had a number of part-time teaching posts, including Ealing School of Art, St Martin’s School of Art and the Sir John Cass School of Art. He retired in 1974, somewhat reluctantly as he had always enjoyed teaching - and was indeed an inspiring teacher with an unrivalled ability to bring out the best in his students. He was also happy to be a student himself in later life, attending sculpture classes for some years; his stone and marble carvings display his superb feeling for form. His remaining years were spent in West Sussex producing, as always, an amazing amount of work, but now mainly water-colours, drawings, monoprints etc. rather than oil paintings. He was an exceptionally fine figure draughtsman, and this is apparent even in his more abstract and adventurous work. He also enjoyed still-life subjects and there are many examples of these in virtually every medium, including lithographs, screen-prints and monoprints etc. Provenance; Purchased directly from the artist.

21st Century Gallery has clarified that the Original Pen & Ink Drawing 'Portrait Heads' by Toby Horne Shepherd - Signed c.1945 (LA376956) is genuinely of the period declared with the date/period of manufacture being c.1945

The pen drawing is in good condition 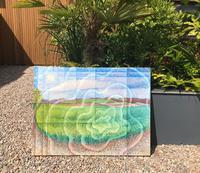 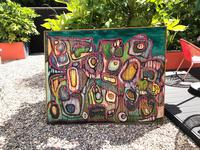 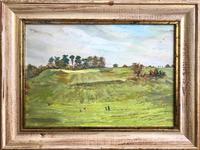 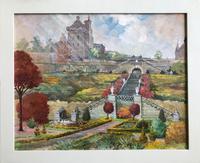