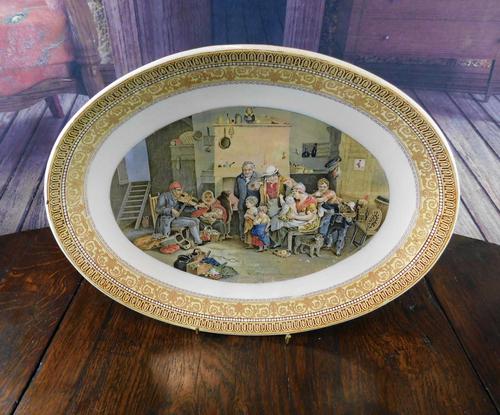 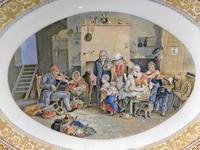 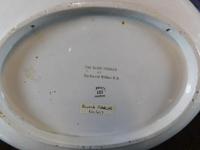 REF: 10688 / LA378428
£75
€90
$102
Secure Payments By
+44 1858 288038
Secure Payments By
Certified DealerApproved listing50 sales by dealer
Description
Offered for sale is a large plate/shallow dish produced by F. & R. Pratt entitled "The Blind Fiddler" based on the 1806 painting by Sir David Wilkie (1785-1841). Oval in shape it is bordered in gold coloured geometric trim and is in turn bounded by the common Pratt acanthus leaf border. F. and R. Pratt of Fenton, England operated from 1847 to 1885, and came into prominence for the excellence of its coloured underglaze printing, notably on pot lids and tea ware. The original oil painting, which depicts an itinerant fiddler playing for a humble country family, was painted on a mahogany board and dates to 1806. It was donated to the Tate in London in 1826. As noted on the Tate website, the painting initially created some controversy when first exhibited, as “critics thought the bust on the shelf represented a dissenting minister and concluded that the family were nonconformists.” Artist Sir David Wilkie, R.A. was born in Scotland in 1785 but was based in London for most of his career. He was known for his genre scenes such as the one seen on this plate, but also painted portraits and served as “Principal Painter in Ordinary” to both King William Iv and Queen Victoria. He was elected to the Royal Academy in 1809.

Verdi Art & Antiques has clarified that the 19th Century Pratt Ware Oval Plate Entitled - The Blind Fiddler (LA378428) is genuinely of the period declared with the date/period of manufacture being c.1850

Excellent condition, no chips, cracks or signs of restoration

Free delivery to UK Mainland. International customers please contact us via email for costs or to arrange your own courier collection. In order for us to provide you with a quote for delivery you must provide us with details of your postal City/Town and Postal/Zip Code. Please note, we do not use Hermes, Yodel or DPD for our deliveries and do require a mobile contact number for all deliveries. 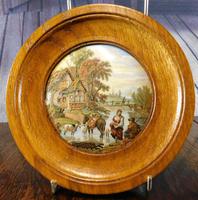 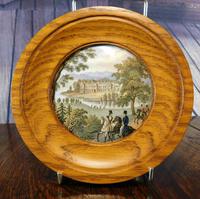 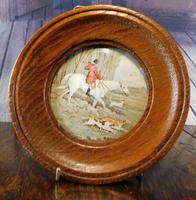 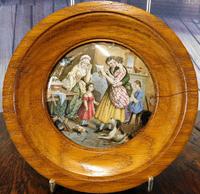 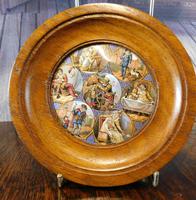 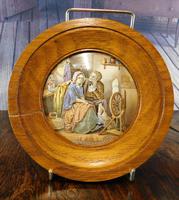