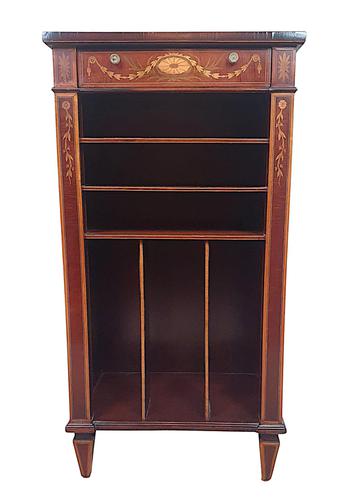 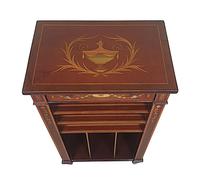 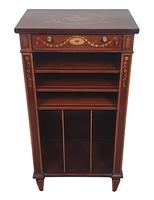 REF: A2452 / LA375323
€2450
£2086
$2765
Secure Payments By
+353 87 2644494
Description
A very fine Edwardian inlaid mahogany music or side cabinet by Edward and Roberts, the moulded rectangular top with an exquisite marquetry inlaid panel depicting an urn flanked with scrolling foliate set within a palm wood banded border, raised above a single long drawer with two brass pulls and fine marquetry inlay depicting centred fan with trailing bell husk motif, raised above an arrangement of shelves flanked with inlaid pilasters supported on square tapering supports, stamped Edward and Roberts. Edward & Roberts Edward and Roberts were founded in 1845, and had premises at 21 Wardour Street London. By 1892 they occupied more than a dozen buildings in Wardour Street, where they continued to trade until the end of the century. They became one of the leading London cabinet makers and retailers working in a variety of styles, both modern and revivalist. Edward and Roberts specialized in marquetry, inlay and ormolu.

Please contact Yeats Country Antiques for delivery of this item.

This A Very Fine Edwardian Inlaid Music or Side Cabinet by Edward and Roberts is located in Dublin 8, Ireland

A selection of items from Yeats Country Antiques 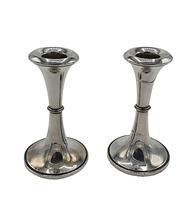 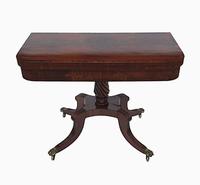 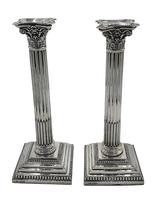 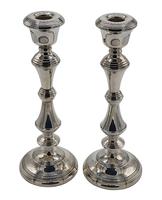