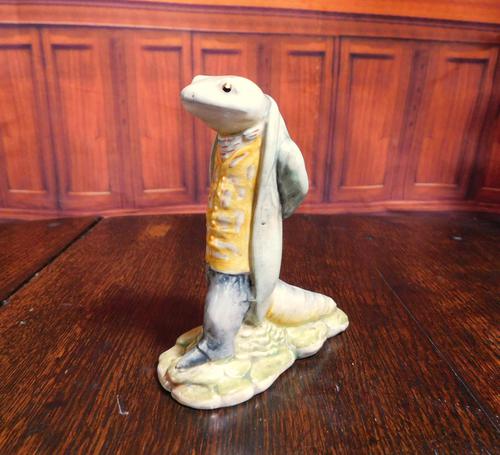 REF: 10824 / LA430796
£52
€59
$64
Secure Payments By
+44 1858 288038
Certified DealerApproved listing271 sales by dealerFree Delivery
Certified DealerApproved listing271 sales by dealerFree Delivery
Description
Offered for sale is a Beatrix Potter character figurine by Beswick of Sir Isaac Newton modelled by Graham Tongue which was first issued in 1973 and ceased production in 1984. It has the Bp3a backstamp which indicates 1973 being the year of manufacture. Sir Isaac has a pale green jacket, and a yellow waistcoat with tan markings. He is modeled walking with his hands clasped behind his back, deep in thought, maybe contemplating his theory of gravity. Sir Isaac Newton was a great friend of Mr Jeremy Fisher and Mr Alderman Ptolemy and appears in the much loved Beatrix Potter story, "The Tale of Mr Jeremy Fisher" (1906) in which he is invited to lunch along with Mr Alderman Ptolemy (the salad eating tortoise). Jeremy Fisher fails to catch minnows for lunch so he serves Sir Isaac Newton roasted grasshopper with ladybird sauce instead. The narrator describes the dish as a "frog treat", but thinks "it must have been nasty!"

Excellent condition, no chips, cracks or signs of restoration. 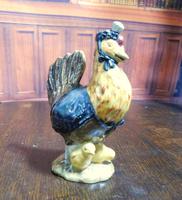 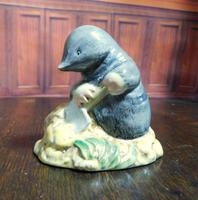 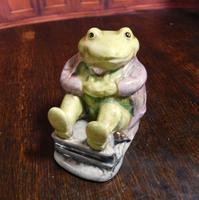 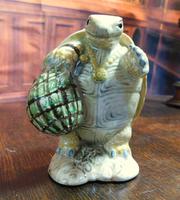 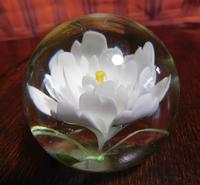 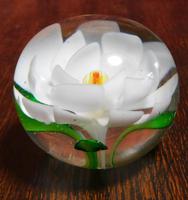