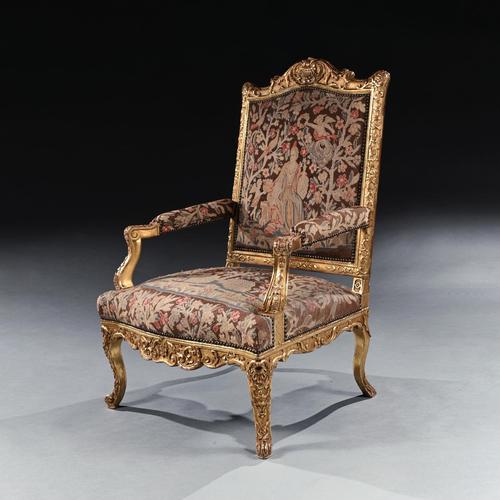 REF: 2906 / LA430769
£12,750
€14,279
$15,690
Secure Payments By
01438869819
Certified DealerApproved listing341 sales by dealerAvailable for local pick-up
Certified DealerApproved listing341 sales by dealerAvailable for local pick-up
Description
A highly impressive rare French carved Régence period giltwood fauteuil / armchair of imposing proportions with needlework upholstery. It is of grand scale, this wonderfully drawn armchair has a shaped and arched carved cresting rail with central acanthus leaf and shell motif, with a moulded and carved surround. The stuffed back covered in a later nailed floral needlework with birds, cherubs, a seated figure and architectural details over a padded upholstered bow front seat flanked by padded arms. The carved apron with an incised trellis ground on delicately carved cabriole legs. The bold proportions and fine carving of this rare fauteuil make it worthy of any connoisseur collector. The Regence period was a transitional era in French history between 1715 and 1723 when King Louis Xv was considered a minor therefore too young to govern the country and was instead ruled by Philippe d’Orleans ( a nephew of Louis Xiv of France) as the prince regent. As with our fauteuil, you can see the early transition of design from Louis Xiv to Louis Xv…. whilst still retaining elements of Louis Xiv…..Being of large proportions with the high rectangular shaped back, but having the armrest supports set back, cabriole legs with the absence of a stretcher, shell decoration and ‘C’ and ’S’ scrolls which followed onto the Rococo designs of Louis Xv reign.

Loveday Antiques has clarified that the Fine 18th Century French Regence Period Giltwood Armchair Fauteuil (LA430769) is genuinely of the period declared with the date/period of manufacture being c.1715

In excellent condition having been re-gilt with the under frame having a later central support and traces of inactive former worm as to be expected with beech armchair of this age. 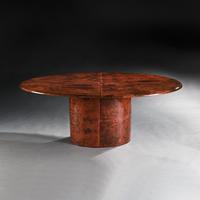 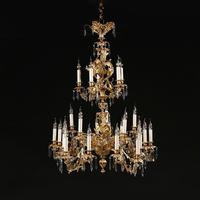 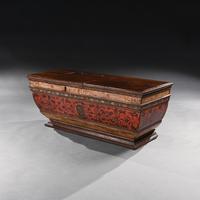 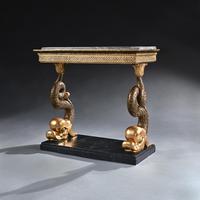 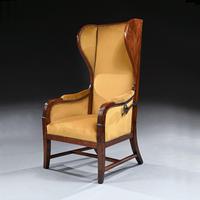 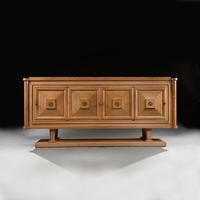