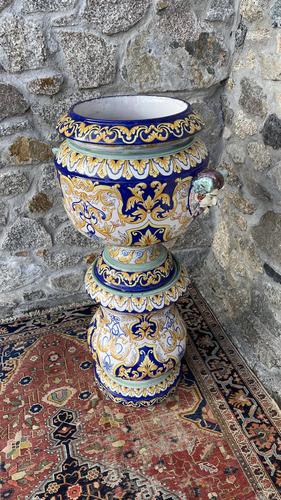 We are a long established firm of Antique Dealers and restorers, 35 year experience. Dealing in quality pieces from the 17th - 18th - 19th and some early 20th century. Including Furniture from top quality 18th century pieces to the more simple vernacular country furniture. We also have various lighting, lamps, porcelain ( english, continental and oriental ) bronzes, Tapestries, rugs, clocks and much more! We have a large showroom on site in Cornwall PL24 2SR displaying items in room settings, plus a large barn full of exciting objects awaiting some forms of restoration. We currently have over 3,000 items of stock. So if you can't see it here always ask. We only restore pieces that require minimal work not complete overhauling. All our items are chosen due to their quality and originality Always welcome to come and explore. All the Best Mitchell

REF: 10991 / LA352650
£2,700
€3,070
$3,345
Secure Payments By
07533 558808
Certified DealerApproved listing48 sales by dealer
Certified DealerApproved listing48 sales by dealer
Description
A beautiful French Majolica Jardiniere on stand C.1875 -1889. Large French provincial faience - hand painted. The stand can also be used as a Jardin d'hiver stool ( winter garden ) It is signed by Antoine Montagnon 1838 -1899 owner of Fainenerie d'Art Nevers. created in the 17th century, 1648. These two 19th century pieces, column base and jardinière, are decorated in the 17th century Nevers majolica manner in polychrome glaze, yellow, orange, aqua, blue, green tints on white with Italian, Moorish, Mythological and Persian influences, with nicely detailed heads of Pan as handles, panels of foliage and scrolls around the rims. Colors are vibrant and cheerful and the size impressive, circa 1875-1889. Antoine Montagnon bought the existing business in 1875 during the time of the decline of the potteries in Nevers. Despite the closing of centuries-old manufacturers in Nevers due to the English competition, especially Minton, he made Nevers Faience famous again. Because of his success, particularly due to the admirable reception of the public and the critics at the Great Expositions in Paris of 1878 and 1889, he was known as "The Renovator of the Faience of Nevers." He kept the tradition alive and his creative spirit was passed on to future generations until 2015 when the Company closed. Dimensions of planter: height of base 46cm, diameter of the base of stand 33cm. Height of top planter 48cm, diameter of neck 27cm, diameter at the widest 54cm .

A selection of items from Harts Antiques 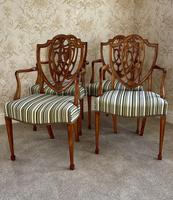 A Newhall Tea Bowl and Saucer

A Newhall Tea Bowl and Saucer