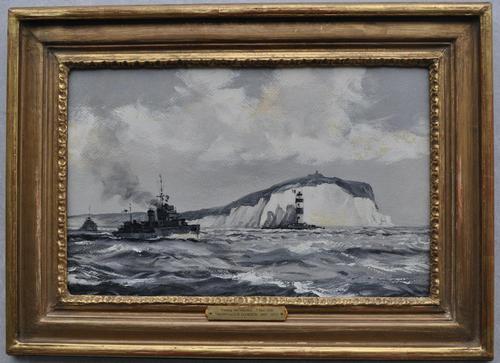 Hello. My name is James Lynchehaun. I have been antique dealing since the 1980s. For the last 20 years or so I have specialised in traditional art, both paintings and watercolours. I usually carry 30-40 artworks at any one time with prices ranging from a few hundred pounds to my self imposed limit of €9500 sterling equivalent. Unless otherwise stated, my paintings are supplied in retail condition and are ready to hang. If for any reason you are unhappy with your purchase within a two week period of taking delivery, you may return the artwork and receive a full refund. Unless stated otherwise, watercolours are presented in a wash-line mount behind glass and framed and ready to hang. Delivery in the UK is free, personal delivery on the UK mainland is usually available. I welcome visitors by appointment only.

REF: LA/0074 / LA396867
£3,900
€4,541
$4,711
+44 7803 036524
Certified DealerApproved listingFree Delivery
Certified DealerApproved listingFree Delivery
Description
Unsigned oil on board, with copy of paper clipping attached verso. This entry level painting by Montague Dawson is in good condition and ready to hang. Montague Dawson never attended art school even though he had a natural flair for painting. Just before the First World War, he joined a commercial art studio in London, where he worked on posters and illustration. With the advent of war Dawson joined the Royal Navy as a naval officer. It was while serving in the Rn he met Napier Hemy; Hemy had a profound influence on young Montague’s work. Shortly after Ww1, Dawson’s art focused mainly on deep water sailing ships, usually in a stiff breeze and high seas. In the 1920s Dawson threw his lot in with the Frost and Reed gallery; they handled his output of paintings and prints. As well as other venues, Dawson exhibited at the Ra between 1917 and 1936. He was also a fellow of the Royal Society of Arts. Montague Dawson, ‘King of the Clipper Ships’ is one of the most highly respected painters of marine art; his works have a World-wide following and can command many tens of thousands of pounds. Unsigned. This painting by Montague Dawson was painted during a stint at the ’Sphere’ where he painted illustrations, mostly in monochrome, of events in the war. This one from December 7th, 1940. See clipping verso. Provenance: N. R. Omell, London. Sotheby's, London, the Marine Sale, 18 June 2003, lot 131 Literature: The Sphere, 7 December 1940

James Lynchehaun Fine Art Ltd has clarified that the Montague Dawson '1890-1973' British Destroyer Passing the Needles, Isle of Wight (LA396867) is genuinely of the period declared with the date/period of manufacture being 1940

UK delivery is free of charge. Where practical the painting will be delivered by myself personally. If impractical it will be sent by courier service, either way, free of charge.

A selection of items from James Lynchehaun Fine Art Ltd 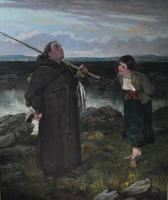 Battleship in the Mersey, by Samuel John Milton Brown

Battleship in the Mersey, by Samuel John Milton Brown 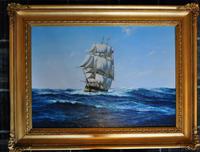 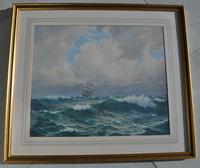