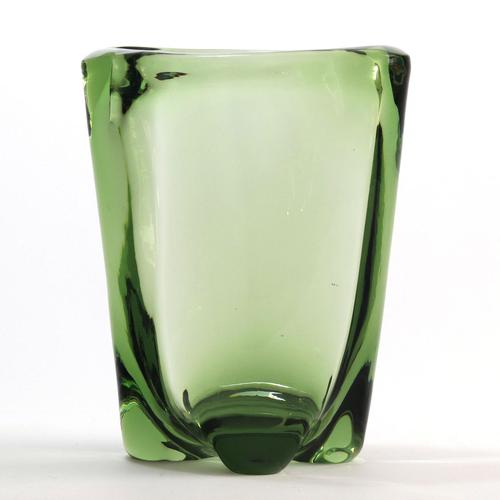 REF: GL251 / LA374095
£85
€99
$101
+44 7841 679518
Certified DealerApproved listing460 sales by dealerFree Delivery
Certified DealerApproved listing460 sales by dealerFree Delivery
Description
Whitefriars lobed glass vase pattern 9385 in sea green c1950s. Thick-walled vase with shaped oval rim. Lobed lower body and base. Designed by James Hogan in the late 1940s and produced by Whitefriars during the 1950s. Ground pontil mark to base. In 1834 James Powell (wine merchant and entrepreneur) acquired the Whitefriars Glass Company. Powell and his sons were newcomers to glass making, but soon acquired the necessary expertise. Successive generations brought further technical innovations as well as a focus on design – influenced by, and in turn, influencing the various British design movements through the latter part of the 19th century and into the 20th century. The 19th century saw the firm forging links with leading Arts and Crafts, and Aesthetic Movement designers as well as being influenced by emerging Art Nouveau styles from Europe. In the years around 1900 Powell glass was being exhibited in leading avant-garde galleries across Europe – being ranked alongside that of Tiffany, Moser and other internationally admired firms as well as being purchased by several Continental museums. The firm's name was changed to Powell & Sons (Whitefriars) Ltd in 1919, followed by relocation to larger premises in Wealdstone during the 1920s. This coincided with the death of the influential Harry Powell (grandson to James) in 1922 together with the emergence of ‘Industrial Art’ which saw Powell & Sons shifting their alliance from the outgoing Arts & Crafts movement to the emerging Industrial Art movement (as seen in designs by William Butler in the 20’s and Barnaby Powell during the 30’s). Barnaby’s sudden death in 1939 together with the end of Wwii saw William Wilson’s influence in the firm’s move to ‘Modernism’ however it was Geoffrey Baxter’s appointment by Wilson in 1954 that again took Whitefriars in new directions. By the 1970’s however, existing ranges were becoming tired, sales were declining, and the firm came under increasing economic pressures from glass manufacturers in Europe. Whitefriars subsequently closed in 1980.

Antique Ethos has clarified that the Whitefriars Lobed Sea Green Glass Vase by James Hogan 1950s (LA374095) is genuinely of the period declared with the date/period of manufacture being c.1950

This vase is in overall good condition commensurate with age. No cracks or restoration. Some surface scratches which are not obvious when displayed. Small glass ‘bruise’ to lower body (about 1mm x 1mm) which is just visible in images. Minor ‘bites’ to base edge – not visible when displayed. Please see images as these form an important part of the description. 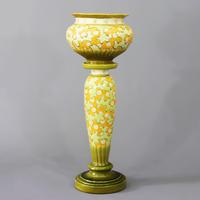 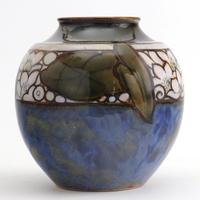 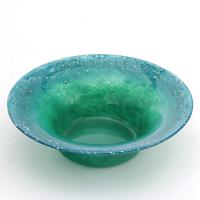 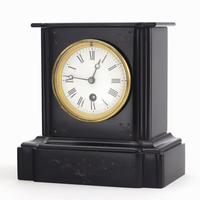 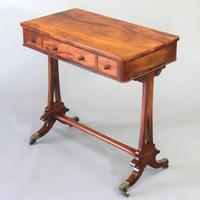 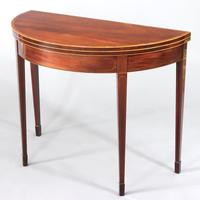