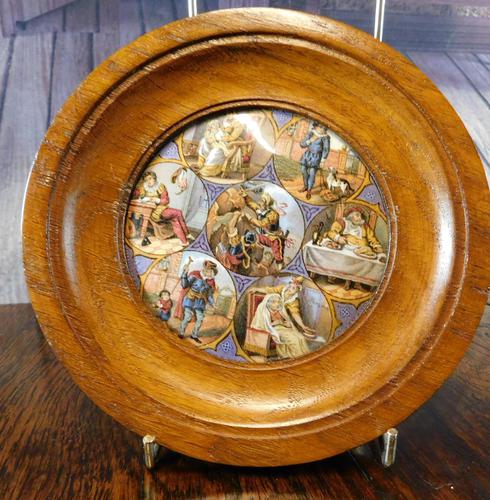 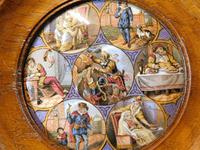 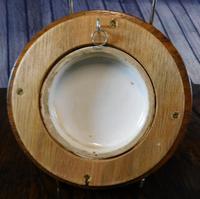 REF: 10758 / LA381272
£60
€71
$74
Secure Payments By
+44 1858 288038
Certified DealerApproved listing210 sales by dealerFree Delivery
Certified DealerApproved listing210 sales by dealerFree Delivery
Description
Offered for sale is a lovely wooden framed Prattware pot lid depicting the seven ages of man, according to William Shakespeare in his play, As You Like It. We see first the child in his mother's lap, then the reluctant schoolboy dragging his books on the floor, and a dog by his side. Next the lovesick swain composing lines to his fair one followed by the stern soldier storming a fort at the head of his men. The next little picture shows the justice, with an ample meal before him, and then the old slippered man with his stick and a boy at his side. The final scene, the toothless invalid, all wrapped-up, sitting in his armchair, while a woman attends on him. The spaces between the circles are purple . . . .' The edges of the lid are covered by the frame which obscures the title "The Seven Ages of Man" and "As You Like It, Act Ii, Scene Vii" at the bottom.

This Wooden Framed Prattware Pot Lid Depicting The Seven Ages of Man According to William Shakespeare in As You Like It is located in Market Harborough, UK 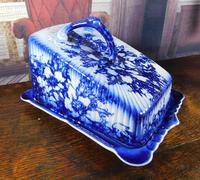 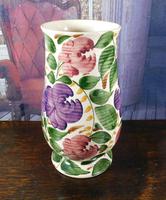 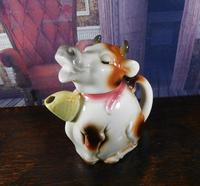 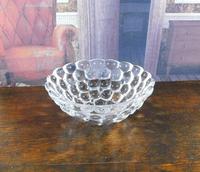 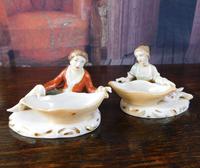