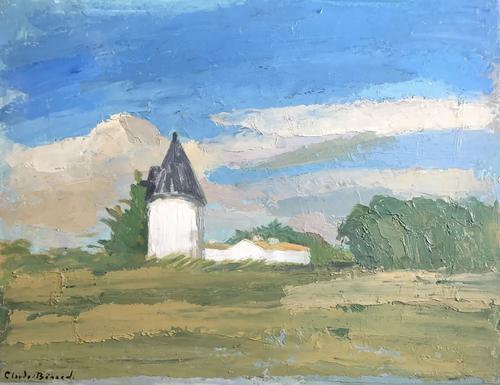 We are a third generation Antiques business based in Sussex. We aim to offer a good quality product in excellent condition ready for your home. Delivery in England Wales and Southern Scotland is usually £50 to £125 depending on size and location also very good rates to Ireland or worldwide. Please feel free to contact us to discuss this item either by email or phone. We do not offer returns unless item arrives damaged etc. Follow us on Instagram @sussexantiquesandinteriors Please be sure before purchasing as we do not offer refunds. Thanks

REF: LA201706
£550
€636
$660
+44 7887 548338
Certified DealerApproved listing1552 sales by dealer
Certified DealerApproved listing1552 sales by dealer
Description
"House in Landscape"by Claude Benard, French (1926-2016) signed by artist lower corner oil painting on board, unframed Original impressionist oil painting by Claude Benard (1926-2016), depicting this French landscape with buildings. The work is inscribed verso. Claude Benard was born in Cholet in 1926 but shortly after his family moved to Angouleme (1928), where he was to live until his death in 2016. Studying at the Ecole des Beaux Arts in Paris and also in the studios of Cheyssial and Fougerat. At the age of 21, he began exhibiting at the Salon des Artistes Francais. After time traveling to broaden his artistic experience he returned to his home town to continue painting professionally. He became a Professor at the Ecole des Beaux Arts in Angouleme from 1957-1980. Benard exhibited with numerous prestigious institutions throughout France and abroad, including the Salon des Artistes Francais, Salon des Independants and the Salon d'Automne, Paris. He was the holder of more than seventy awards. In 1978, he founded the Cercle Angoumousin des Arts and in 1979 organised a Salon of Contemporary Art in Angouleme bringing together celebrated artists from the Charente region. His style evolved from figurative in the 1960's, through to Surrealism into the 1970's and onwards. Four tribute exhibitions of his works were held in Angouleme in 1972, 1984, 2001 and 2017. Provenance/ known history of the painting: the artist's estate, France

The painting is in very pleasing condition; minor scuffs to the surface, few areas of paint loss.

Please contact Sussex Antiques and Interiors for delivery questions on this item.

A selection of items from Sussex Antiques and Interiors 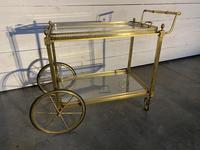 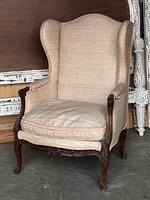