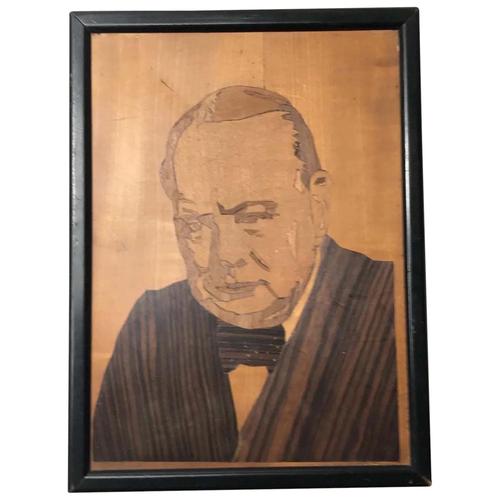 REF: LA369885
£400
€464
$481
+44 7494 763382
Certified DealerApproved listing246 sales by dealerFree Delivery
Certified DealerApproved listing246 sales by dealerFree Delivery
Description
Vintage original 1950's decorative artwork old pictorial Winston Churchill portrait mosaic sculpture marquetry picture framed. The pictorial of Winston Churchill has been sculptured using various wood veneers. In teak, satinwood & rosewood. A fine display item highly sought after by Churchill collectors. Great feature for a TV film, theatre stage studio props shop. Very unusual sculpture technique using different veneers of wood marquetry. Set in a dark wooden frame. Sir Winston Leonard Spencer-Churchill (30 November 1874 – 24 January 1965) was a British politician, army officer, and writer. He was Prime Minister of the United Kingdom from 1940 to 1945, when he led the country to victory in the Second World War, and again from 1951 to 1955. Apart from two years between 1922 and 1924, Churchill was a Member of Parliament (Mp) from 1900 to 1964 and represented a total of five constituencies. Ideologically an economic liberal and imperialist, he was for most of his career a member of the Conservative Party, as leader from 1940 to 1955. He was a member of the Liberal Party from 1904 to 1924. Of mixed English and American parentage, Churchill was born in Oxfordshire to a wealthy, aristocratic family. He joined the British Army in 1895, and saw action in British India, the Anglo-Sudan War, and the Second Boer War, gaining fame as a war correspondent and writing books about his campaigns. Elected an Mp in 1900, initially as a Conservative, he defected to the Liberals in 1904. In H. H. Asquith's Liberal government, Churchill served as President of the Board of Trade, Home Secretary, and First Lord of the Admiralty, championing prison reform and workers' social security. As First Lord during the First World War, he oversaw the Gallipoli Campaign; after it proved a disaster, he resigned from government and served in the Royal Scots Fusiliers on the Western Front. In 1917, he returned to government under David Lloyd George and served successively as Minister of Munitions, Secretary of State for War, Secretary of State for Air, and Secretary of State for the Colonies, overseeing the Anglo-Irish Treaty and British foreign policy in the Middle East. After two years out of Parliament, he served as Chancellor of the Exchequer in Stanley Baldwin's Conservative government, returning the pound sterling in 1925 to the gold standard at its pre-war parity, a move widely seen as creating deflationary pressure and depressing the Uk economy. Out of office during the 1930s, Churchill took the lead in calling for British rearmament to counter the growing threat of militarism in Nazi Germany. At the outbreak of the Second World War he was re-appointed First Lord of the Admiralty. In 1940 he became prime minister, replacing Neville Chamberlain. Churchill oversaw British involvement in the Allied war effort against the Axis powers, resulting in victory in 1945. After the Conservatives' defeat in the 1945 general election, he became Leader of the Opposition. Amid the developing Cold War with the Soviet Union, he publicly warned of an "iron curtain" of Soviet influence in Europe and promoted European unity. Re-elected Prime Minister in 1951, his second term was preoccupied with foreign affairs, especially Anglo-American relations and, despite ongoing decolonisation, preservation of the British Empire. Domestically, his government emphasised house-building and developed a nuclear weapon. In declining health, Churchill resigned as prime minister in 1955, although he remained an Mp until 1964. Upon his death in 1965, he was given a state funeral. Widely considered one of the 20th century's most significant figures, Churchill remains popular in the UK and Western world, where he is seen as a victorious wartime leader who played an important role in defending Europe's liberal democracy from the spread of fascism. Pop up stand on the back to display on your table, or you can take the stand off the back and add a hanging thread to display on your wall. Unsigned. Provenance bought from a private seller in Oxfordshire. Viewings are welcome by appointment only for customer support please send us a message. Cash upon collection is welcome. Browse our exciting intriguing other collections available in our shop gallery, happy shopping.

International shipping worldwide is available please ask for a quote. 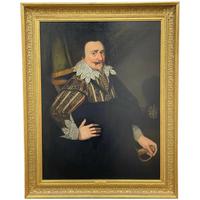 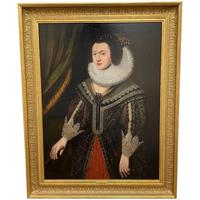 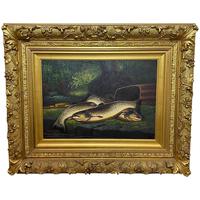 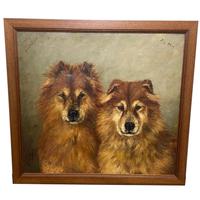 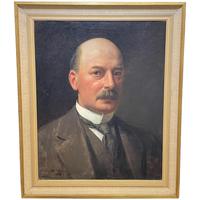 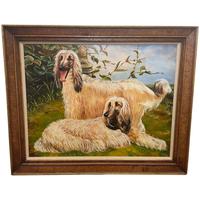