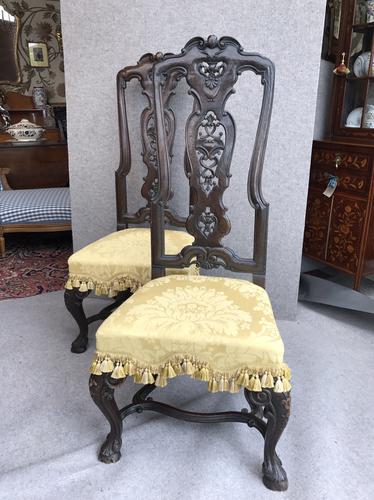 We are a long established firm of Antique Dealers and restorers, 35 year experience. Dealing in quality pieces from the 17th - 18th - 19th and some early 20th century. Including Furniture from top quality 18th century pieces to the more simple vernacular country furniture. We also have various lighting, lamps, porcelain ( english, continental and oriental ) bronzes, Tapestries, rugs, clocks and much more! We have a large showroom on site in Cornwall PL24 2SR displaying items in room settings, plus a large barn full of exciting objects awaiting some forms of restoration. We currently have over 3,000 items of stock. So if you can't see it here always ask. We only restore pieces that require minimal work not complete overhauling. All our items are chosen due to their quality and originality Always welcome to come and explore. All the Best Mitchell

REF: 1088 / LA135930
£10,000
€11,338
$11,059
07533 558808
Certified DealerApproved listing44 sales by dealer
Certified DealerApproved listing44 sales by dealer
Description
Pair of walnut 18th Century antique dining chairs by Richard Roberts an extremely rare pair of Walnut Chairs by Richard Roberts, they have high backs of carved walnut, central splat incorporating pierced scrolling decoration. The front legs …. literally are forerunners of the cabriole leg, one step away from a Braganza foot normally associated with earlier furniture designs of the William and Mary period….and a hoof foot as opposed to a claw and ball …. a later design. There is documented invoice for a set of exactly the same style and period of a set of ten chairs supplied to George I, from walnut trees felled in Windsor Park in 1668 only two years after the great fire of London. I have knowledge of four plus the set in the Royal Collection and these two. The Backs and legs are identical, although the stretchers are slightly different which makes them incredibly rare. As a true enthusiast of furniture, I’m not sure whether I’ll ever be able to own such chairs as these……. again, bought over 20 years ago from a private collector. These chairs are definitely not 19th or Early 20th century copies of which examples do exist. But they lack the substance, quality of craftsmanship, timber, or overall fluidity of design. Priced realistically compared to what few others that I know of are currently on the market for.

Harts Antiques has clarified that the Pair of Early 18th Century Walnut Chairs (LA135930) is genuinely of the period declared with the date/period of manufacture being c.1720

Very Good, no breaks or repairs ..... will be re-finished in the traditional methods ..... very soon to be finished as of 1st January 2019

We can post insured and tracked smaller items at cost plus packaging. Call for quote. For larger items we use a very reliable, trustworthy courier service for all UK deliveries. Generally between £60 - £100 depending on size and distance. Please provide full address details including postcode and contact phone number for an accurate price. For overseas buyers please contact ourselves for a quote and estimated delivery date.

A selection of items from Harts Antiques 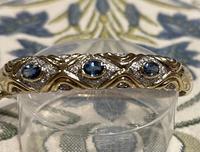 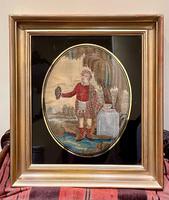 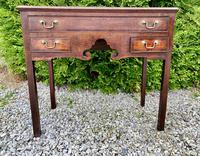